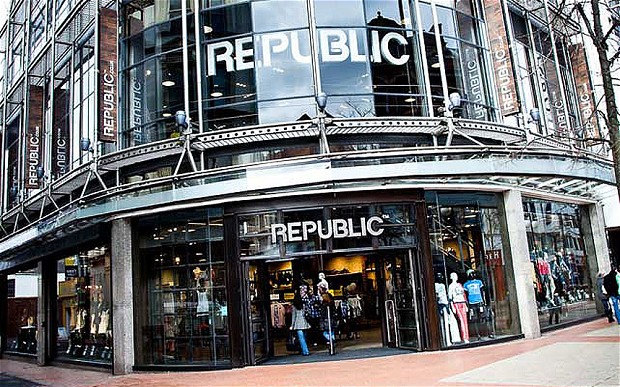 Republic, which has 121 stores and employs 2,500 people, appointed Ernst & Young as administrators in early February and immediately made 150 staff at its head office redundant.

Hunter Kelly, one of the administrators appointed by E&Y, said Republic had suffered from a

“very sudden and rapid decline in sales in late January”.

Sports Direct, fronted by Newcastle UTD owner Mike Ashley, bought 114 of their stores, the trading name and remaining stock from the administrators at an un disclosed fee.

With lots of other casualties on the high street including Gio Goi, Comet and Jessops to name just a few, maybe its time for the government to try a few things to boost the high street.  Lower business rates, reduction in VAT and Corporation tax may just put some confidence back into retail and the high street and get the economy going again.

The brands that Republic stocked include Bench, French Connection, Henley’s, Fenchurch and  G-Star Raw are expected to be hit hardest by these debts.

Just goes to show that shopping local at quality independent retailers such as us (http://www.apacheonline.co.uk) is the way forward and who knows what the high street and these massive multiple retailers will be looking like in 20 years time. 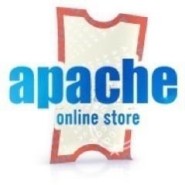 Summer Shorts For 2015 Selected by Apacheonline.co.uk